Sometimes—maybe especially when your world is in upheaval, like, I don’t know, MAYBE BECAUSE WE’RE IN THE MIDDLE OF A GLOBAL PANDEMIC, just for one example—old STUFF comes up.⁣

That’s what was happening for me late at night for awhile. I’d lie awake turning over the same old stories I thought I’d worked through ages ago—but here they were again, just as insistent as I remembered them.

I think sometimes that stuff comes back up because it feels familiar when the world feels suddenly unfamiliar. That makes sense.⁣

When that happens, I remind myself of this: I’ve been here before, and I KNOW THE WAY OUT.⁣

The way out is to empower ourselves with new tools, new habits, new thoughts, new patterns instead of the old ones.⁣

We’ve been there, done that—and we are not required to get stuck in old habits or old patterns or old unhealthy ways of being just because they feel (or felt) comfortable.⁣

We have so many tools to try, instead of falling into old patterns. SO MANY.

We don’t have to get stuck in old stuff just because it’s an option.

We are allowed to make new choices in the face of old stuff. Even when everything outside of us feels like a mess. Even then. xo. 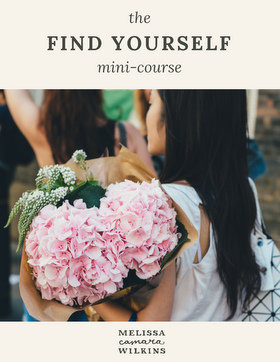 This week was supposed to be a travel week for me.

This is all part of the process.⁣⁣ ⁣ That is

Yesterday was a lot. Today is a lot. I don’t hav

I thought I might get dressed up for Easter, maybe

Two things for today:⁣ ⁣ Thing 1: I put on sho