When we drive anywhere at all, Eli, who is three, points at every house we pass. “Make it ours!” he shouts. When he waves his arms, he could be a tiny quiz show host gesturing at prizes.

“I can’t do that,” I explain. “I can’t just MAKE a house be ours. Someone else lives there.”

“You can.” He is patient with my obvious lack of imagination. “YOU CAN. You just need a magic wand.”

So weird I didn’t think of that. 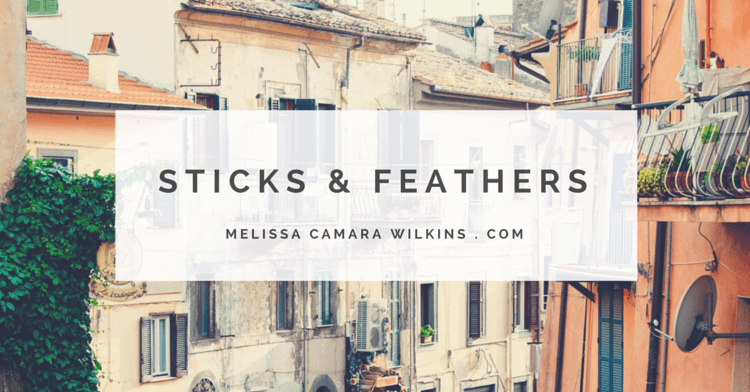 The house we’ve been renting is going to be sold, so we are house hunting. It’s going… let’s say slowly. We’ve only been looking for a couple of weeks, though. Maybe what I mean is there’s not a lot of momentum to this move, yet.

There are dishes to wrap and frames to un-hang and curtains to take down and clothes to pack, so instead I am mostly cleaning out the garage and giving away old books. Then I drive around aimlessly thinking: I wonder what it’s like to live in THIS neighborhood?

“Will there be bunnies at our new house?” Eli asks, because sometimes we see wild rabbits in the neighbor’s yard.

Yes. That is very likely. If we move to the lost city of Atlantis.

The big question now is something like: do we exchange this house for a similar one, of a similar size, in a similar-but-different neighborhood? Or do we want something else? A smaller house? A bigger one? Urban? Rural? SWIMMING POOL?

Maybe we are the kind of people who live in a loft downtown, and we just haven’t realized it yet.

Last month, all I was searching for was thrift store bunk beds. Now I’m on the lookout for a whole new LIFE. Or okay HOUSE. I guess it’s not the same.

A pair of sparrows nested over our front door this spring, and the baby birds finally hatched yesterday. If we move away too soon we might not see them grow, the older children tell me.

But you know how these things go. It doesn’t take long. They get their bearings, gather up their feathers, and then one day: whoosh. They’ve flown.

Even though they know that nest.

It’s comfortable, like an old sweater. A sweater that pills and has a very small hole in the elbow. It’s not perfect, but it’s familiar.

They’ll go somewhere else, and it will be different and strange, until that becomes familiar, too.

It’s only a nest. It’s a mass of sticks. It’s not the thing with feathers.

That, they take with them.

Does this story speak to you? Share it with your friends: